I used to be a Windows user, but then I realized that Windows was holding me back. It was slow, buggy, and constantly bombarding me with annoying pop-up notifications. Plus, I could never customize it to my liking, no matter how hard I tried. But then I discovered Fedora Linux, and it was like a breath of fresh air. Now I can customize every aspect of my operating system, and I never have to worry about viruses or slowdowns. Plus, I can finally use the command line without feeling like I'm stuck in the 90s. Goodbye, Windows - I'll never look back!

Yes Microsoft, Windows and my existence in your ecosystem have run into a problem and will never restart

And also the fact that windows restart every time I have a deadline :/

Because windows is also a product of Microsoft, it has:

Linux solved all of these in an instance, just look at how I am working with directories:

Distributions, Linux, and GNU are all connected to the development and usage of the Linux operating system, although they refer to various parts of the overall system.

The word Linux refers to the operating system kernel, which is the foundation of the Linux system. Linus Torvalds created the Linux kernel in 1991, and it is distributed under the GNU General Public License (GPL), which allows anyone to view, modify, and distribute its source code.

GNU (an abbreviation for "GNU's Not Unix") is a project that began in 1984 with the goal of creating a free, Unix-like operating system. The GNU project contains a collection of software tools and libraries that, when combined with the Linux kernel, form a full operating system.

Distributions are pre-configured versions of the Linux operating system that include the Linux kernel, GNU tools and libraries, as well as extra applications and utilities. Different organisations and communities generate and maintain these distributions, which are customised to various objectives and user groups. Ubuntu, Fedora, and Arch are some prominent Linux distributions.

The history of Linux and GNU is one of collaboration, innovation, and the transformative power of open-source software.

The Free Software Foundation (FSF), a collection of programmers and activists, initiated the GNU project in the early 1980s with the objective of building a free, Unix-like operating system. The GNU project published a variety of software tools and libraries over the following several years, laying the groundwork for a comprehensive operating system.

Linus Torvalds, a young Finnish computer science student, began working on his own personal project to design a new operating system kernel in 1991. He asked for criticism and recommendations on a Usenet forum and quickly received a torrent of answers from other programmers who were interested in his project.

Torvalds and an expanding community of contributors collaborated to create the Linux kernel, which was distributed under the GNU General Public License (GPL). This enabled anybody to see, alter, and distribute the source code, paving the way for the development of a diverse variety of Linux-based operating systems known as distributions.

Today, Linux and GNU are two of the world's most popular and significant open-source initiatives. The Linux kernel is at the heart of the Linux operating system, and the GNU tools and libraries work in tandem with it to create a complete operating system. Together, Linux and GNU have had a major influence on the world of technology, inspiring and enabling cooperation and creativity among programmers and users all over the world.

Linux Distributions and how they developed?

Distributions are pre-configured versions of the Linux operating system that include the Linux kernel, GNU tools and libraries, as well as extra applications and utilities. Different organisations and communities generate and maintain these distributions, which are customised to various objectives and user groups.

Linux distributions have evolved over time to include more software and utilities, as well as more advanced features and user-friendly interfaces.

I am not going to be an old grandpa and talk about the distributions that died even before we took birth 😅 So let's talk about the ones that are popular and you might actually come across:

What does Linux have over other Operating Systems?

Linux is Open Source!!! Anyone can modify and distribute the source code because it is freely available. This enables a large and active developer community to contribute to the development of Linux and create a diverse set of tools and applications.

Linux is also extremely configurable, making it an excellent alternative for developers looking to customise their operating system to their exact requirements. Furthermore, Linux is well-known for its stability and dependability, making it an excellent choice for running mission-critical applications. Linux is also very scalable, which means it can run on a variety of hardware, ranging from small IoT devices to huge servers. 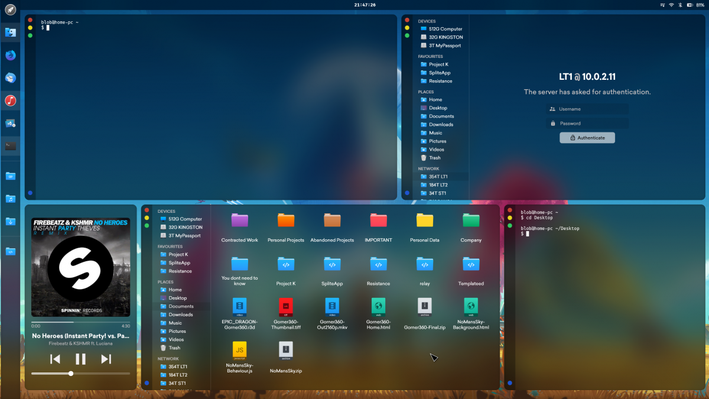 How to choose your distro?

Any Linux distro can look any way you want, do not consider looks a point, because the looks are given by the desktop environment, like

Use them for their software base or productivity features,

I choose Fedora over Ubuntu because:

Installation is guided by what distro you use. But mostly it is going to be a GUI process, I recommend having 4 partitions: 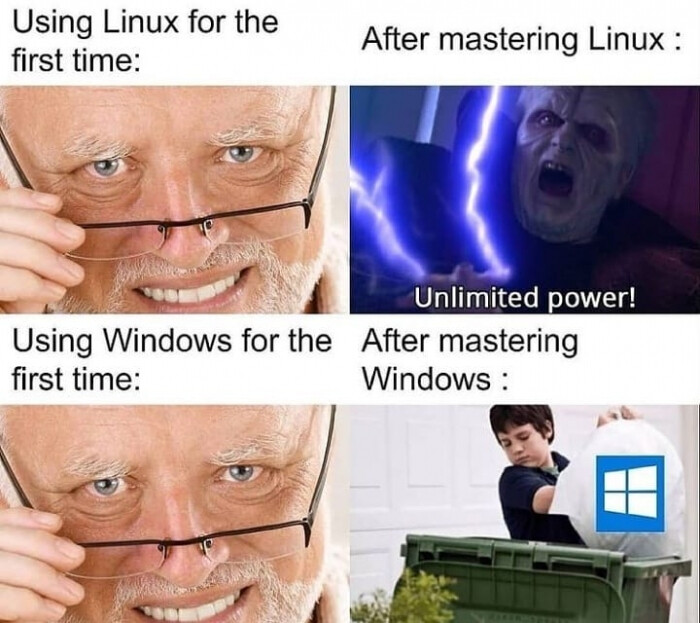